Recently I’ve been helping the Berkeley SETI project with their data processing pipeline and learning a lot about SETI and radio astronomy in the process. I thought I’d write about how it works because I think it’s really interesting. This blog post will assume you don’t know anything about astronomy so apologies if you are such a savvy astronomer that this bores you. 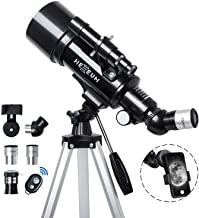 And this is an optical telescope that cost $10 billion or so: 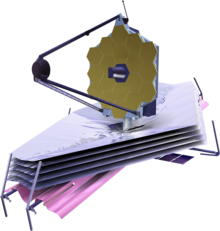 Well, maybe it isn’t precisely correct to call the James Webb Space Telescope an optical telescope. It’s like a D&D elf, it can see regular light and also infrared. But infrared is right next to regular light, so it’s at least very close to an optical telescope. The Hubble saw visible light but also some ultraviolet and infrared. In general these space telescopes are doing similar things to your backyard telescope, they are just much better at it. 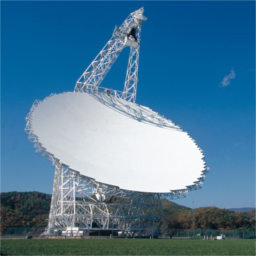 In particular this is the Green Bank Telescope, known to its friends as the GBT. It’s in the middle of nowhere in the Allegheny mountains in West Virginia. It doesn’t sense light, it senses radio waves. In general these radio telescopes are doing similar things to the radio receiver in your car radio, they are just much better at it.

For physics reasons, optical telescopes get a lot of interference from the sky and the atmosphere. So when you want an optical telescope to analyze space really well, you get it up into space. Radio telescopes, on the other hand, get a lot of interference from radio waves. So the area around the Green Bank Telescope is blocked off as the National Radio Quiet Zone. They restrict radio stations and they try to get people to not run microwaves within 20 miles of the telescope.

I’ve mostly been dealing with data from the Green Bank Telescope, so I’ll focus on the data it provides in this post. (Green Bank is a single dish telescope, which means it has one big dish. You can do weirder things like beamforming with the arrays of lots of smaller dishes.)

The Output of a Radio Telescope

So what sort of data do you get from a radio telescope? The GBT typically is using a “single pixel” detector. That means you don’t get an x dimension or a y dimension. It’s just looking at one single spot in the sky. But you get a ton of resolution in the time dimension and the color dimension. When it’s a radio wave, we don’t call it “color”, we call it “frequency”, but it’s the same underlying physical thing. So the data is two-dimensional, time and frequency.

There is a set of people based in West Virginia who operate the telescope, and then different research groups from around the world rent it for blocks of time. There’s a relatively small datacenter on-site and the different research groups run their own computer systems in that datacenter. The GBT is a pretty good telescope so it outputs a lot of data. The precise details depend on the configuration, but the typical raw output of a day’s session might be on the order of hundreds of terabytes. So with one of the larger data consumers like the Berkeley SETI program you have nontrivial issues just around the amount of data you are processing.

The fundamental idea behind this sort of SETI is, maybe aliens are emitting radio signals, so let’s look for radio signals coming from somewhere outside our solar system.

Another way is to use the Doppler effect. You probably learned about this in a physics class. The Doppler effect is when a fire truck is driving toward you, its siren sounds different than when a fire truck is driving away from you. The pitch of a sound is different when its source is moving relative to you. For a radio wave, it doesn’t have a pitch, it has a frequency. The frequency of a radio wave is different when a source is moving relative to you.

By itself, that doesn’t tell us anything. If you only hear a one-second recording of a fire truck, you can’t tell whether it was moving toward you or away from you, because you don’t know what the “natural pitch” of that fire truck is.

Fortunately, basically everything in outer space is accelerating relative to you, because as the Earth rotates, you’re accelerating towards the center of the Earth. So for a source in outer space, you should see some Doppler drift. The magnitude of the drift depends on whether the object is just cruising along, or whether it’s on the surface of its own planet, or orbiting around something.

To me, this makes more sense when I look at the data. Here’s a recording that shows no Doppler drift, so it’s probably some sort of terrestrial interference:

And here’s a recording that shows Doppler drift. I don’t know what it is - probably still some sort of interference rather than aliens - but it’s coming from some source that’s accelerating relative to the receiver, which filters out the vast majority of interference.

This data is heavily compressed from the original form that the telescope receives. The vertical axes on these plots represent about five minutes of recording. The horizontal axes are frequency at a very fine resolution - each pixel represents a fractional change in the frequency of about 3e-10. So imagine if your normal radio could pick up 10 million different radio stations between 101.1 and 101.3.

I have theories about how well this is working, the parts that could be improved, why we should build a moon base, all sorts of ideas. But this post is getting long so I think I’ll call it here. Let me know if you have any questions - I think the process of explaining it helps me understand things better myself.