I took a trip out to Green Bank recently, home of the Green Bank Telescope, to do some upgrades on the onsite computer systems that process incoming data from the telescope, but also to take a cool tour and learn more about the workings of radio telescopes.

It’s really big! The highest point is about 480 feet off the ground, and the dish is 300 feet across. It feels like going up the Eiffel Tower - you’re usually surrounded by metal frameworky parts as you go up, and it’s hard to take it all in. Imagine a 35 story building, but the top half can rotate around to point at different things in the sky.

Here’s what it looks like from the ground nearby. 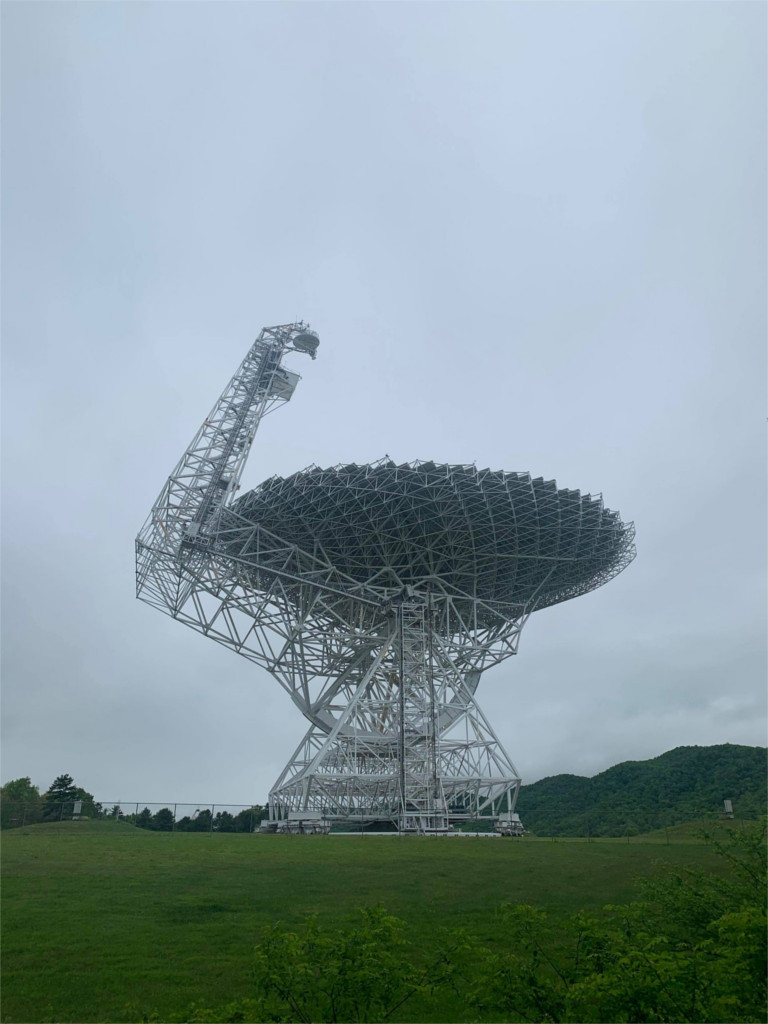 This picture is from the next morning - to go up to the top, the telescope has to be in “maintenance position”, where they point it so that the top tower part is vertical, so you can go up the elevator.

Basically, the way it works is it needs two degrees of freedom so that it can point anywhere in the sky. The bottom is built on 16 legs that rest on a circular train-like thing that rotates the whole thing around. Then the “C” shape in the middle is like the edge of a big gear that rotates the dish up and down.

When there’s too much snow on the dish, they just tilt the thing sideways to dump the snow off.

Radio waves come in from places in the universe, bounce off the big dish, and then bounce off the little dish you can see way up at the top, called the “subreflector”. The platform right below the subreflector has the receivers, which are the sensors that measure incoming radio waves. 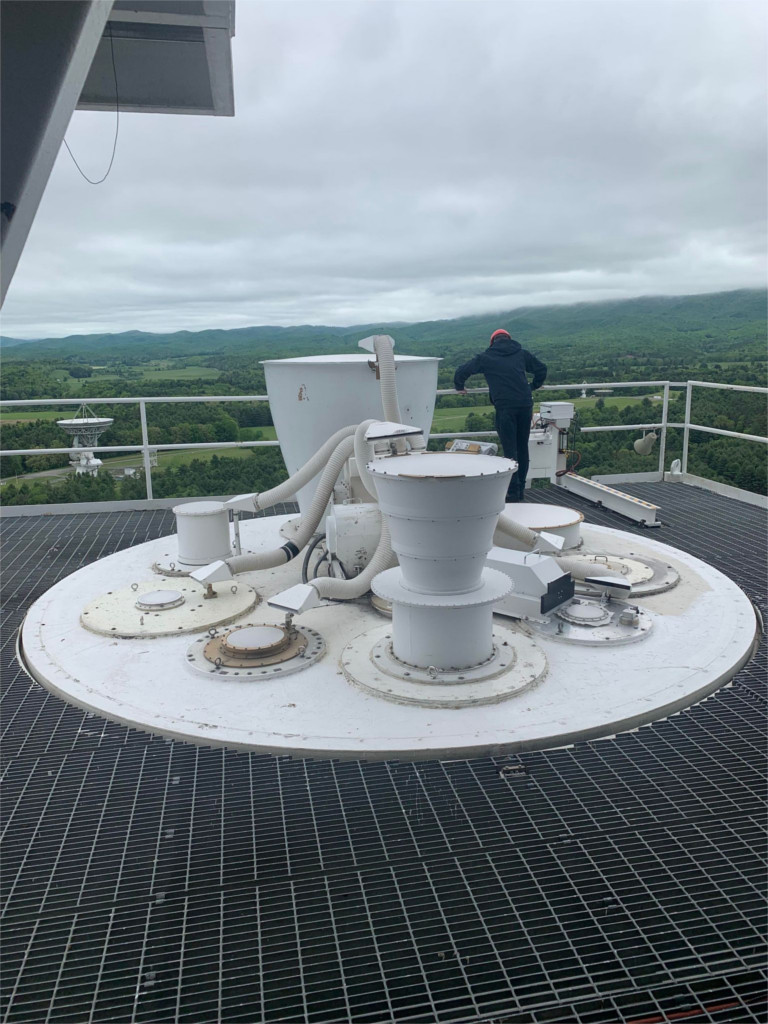 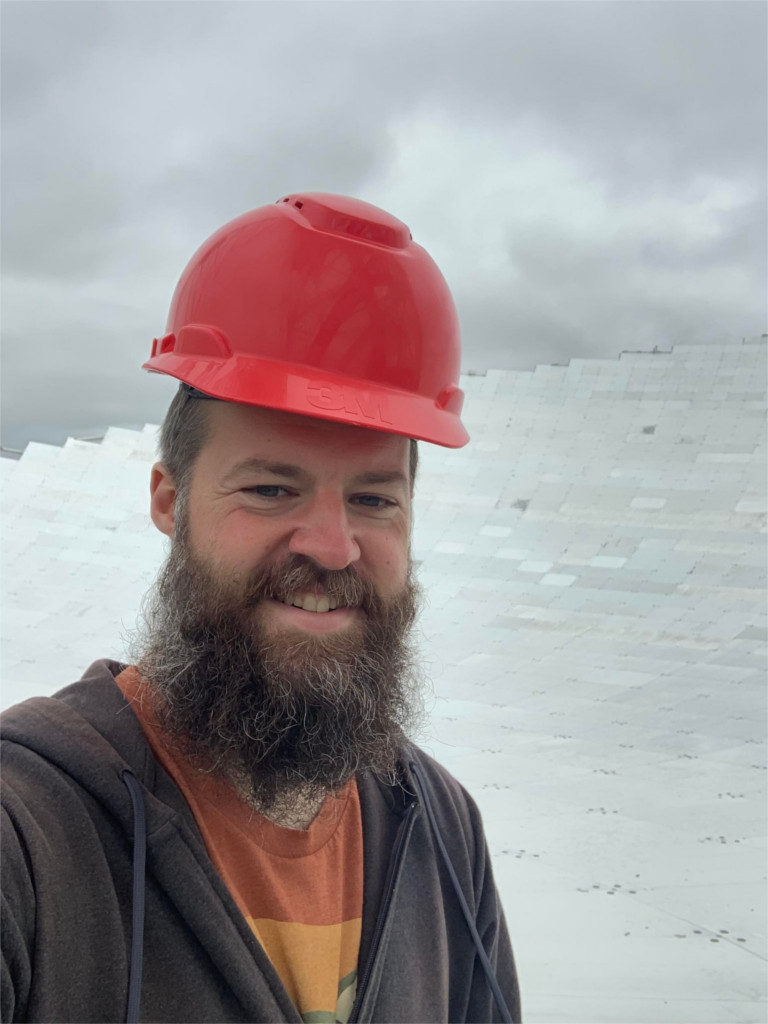 Here’s a selfie of me standing at the lower level, by the big dish. Yeah I gotta trim my beard. You can just walk out onto the dish. But it doesn’t have a railing or anything, occasionally a panel falls off, and it’s hundreds of feet off the ground. Usually I consider myself “not afraid of heights” but this is the sort of trip that makes you reflect on where your limits are.

Once the receivers measure the radio signals, they output an analog signal, it goes to a datacenter nearby, and then the things that happen there are pretty normal things, from a software engineering point of view. The telescope produces data at a much faster rate than there is bandwidth out of the facility, so you have to do your heavy processing onsite.

It was a fun trip. I really appreciated the opportunity to see the telescope and to have a captive audience of engineers and astronomers that I could pepper with questions.